A surgical team from the University of Chicago Medicine led by Drs. Raymon Grogan and Zhen Gooi was the first in the Midwest and the fourth in the United States to remove diseased thyroid or parathyroid glands – located at the front of the neck, an inch or two below the chin – using an approach that leaves no visible scar.

The standard thyroid operation has long been performed through a two-inch or longer opening in the neck, known as a transverse-collar incision. This leaves a permanent, obvious scar. The new trans-oral approach, developed by a surgeon in Bangkok, Thailand, was designed to hide the scar. Instead, surgeons make the incision inside the mouth, at the crease between the gums and the lower lip.

"No one but your dentist will see this, and most dentists will not notice," said Raymon Grogan, MD, assistant professor of surgery and director of the endocrine surgery research program at the University of Chicago. "Once the incisions have healed, patients cannot see them."

For nearly a decade, surgeons have been searching for a more cosmetically appealing way to remove a diseased or dysfunctional thyroid gland. Surgeons have tested various approaches, using minimally invasive tools such as laparoscopy or the surgical robot. Some approached the thyroid through an incision in the armpit. Others entered through the back of the neck, or through the breast.

"These approaches were imaginative, but not an improvement," Grogan noted. "They were difficult to perform and they still left a visible scar, just not on the neck. They often resulted in more pain and complications than the traditional approach." In the end, they were less appealing than the operation they were designed to replace.

The pioneer of the scar-free oral approach used by Grogan was Thai surgeon Angkoon Anuwong, MD, of the Police General Hospital, Siam University, in Bangkok. In much of Asia, visible scars, especially on the face or neck, are stigmatized. So Anuwong, as well as surgeons in Japan and China, explored novel ways to hide their incisions.

The most appealing alternative was the trans-oral endoscopic thyroidectomy vestibular approach (TOETVA). Anuwong performed the first such procedure in Thailand in 2013. He now reports having performed more than 500.

Grogan and University of Chicago surgical colleague Zhen Gooi, MD, who specializes in head and neck tumors, spent two full days observing and videotaping Anuwong's approach in January, 2017. In February and early March, back at the University of Chicago, they honed their skills. They performed their first case, removal of a small thyroid cancer, on March 8. One week later they used the same approach to operate on a dysfunctional parathyroid gland.

The operation begins in the oral vestibule – the space where the inside of the lower lip meets the gums. The surgeon makes three small incisions. The biggest is 10 millimeters long (less than half an inch), to accommodate a light and a miniature video camera. The other two, five millimeter slits on either side, are for laparoscopic surgical instruments.

The surgeon inserts the instruments and camera through these ports, then tunnels under the skin, past the chin and an inch or two into the neck to reach the thyroid, which is beneath the skin and a flap of muscle.

"From that point on, this is the same anatomy that you see during an open thyroid operation," Grogan said. "It allows for excellent visualization, maybe better than the open approach, and provides a lot of mobility for the instruments."

Next, they isolate the thyroid, place it in a small "endobag," and remove it through the 10mm incision. Larger specimens can be broken into pieces and removed. Finally, they close all three incisions with stitches. Patients are allowed to eat meals the next day.

Complication rates of this operation are rare and comparable to open surgery. There is "no increase in infection rates," Gooi said. The most common complications are injury to the laryngeal nerve, which controls the vocal cords (seen in about 1% of cases), and injury to the parathyroid glands, which regulate calcium levels (about 1%). Most patients with those complications recovered within two months.

"Keep in mind," Grogan added, "almost all the data on this procedure comes from one surgeon in Thailand. But this seems to be the approach we have all long been searching for and finally figured out."

"There's zero way anyone could tell I had surgery"

It worked as planned for Grogan's first patient, Sheri Caine, a high school physics teacher from Oak Forest, IL. She had been diagnosed with a small thyroid cancer. Grogan explained the options to her: the traditional method, which he had done hundreds of times, or the scarless approach. He made it clear that this would be his first such case. She opted for TOETVA. 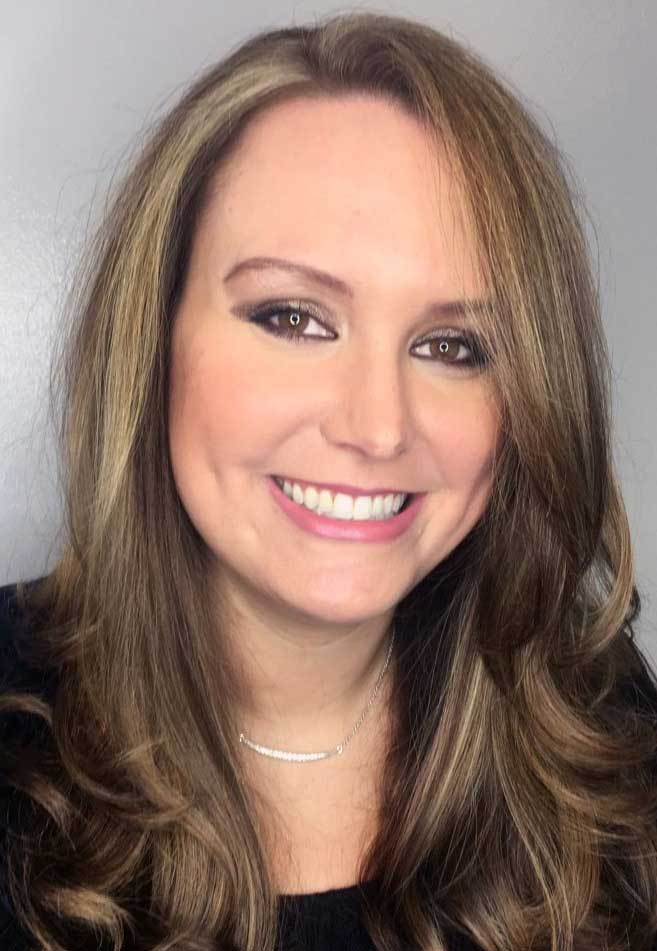 "The scar mattered to me," she explained. "It would be a lifelong daily reminder that I had cancer. I'm only 32. I didn't want every photograph, every time I looked in the mirror, to remind me that I had cancer." Caine admitted she was "a little apprehensive about being his first case," but it didn't seem like a big deal to her. If there was a problem, he could covert to the traditional approach.

"Plus, I knew there would be extra people there for a first case, taking care, paying attention. I assumed I would get amazing care, which I did." Caine woke up to a good outcome and a pleasant surprise: an email from Texas Tech University informing her she had been accepted to their PhD program in STEM education. A follow-up email confirmed a significant scholarship.

She went home the next day. She still had some slight bruising, but that was easily covered by makeup. Within a few days there was "a little bit of numbness under my chin," she said, "but no swelling, no nothing, no problem."

"I would be the most discriminating critic of all," she added, "and I'm thrilled with how it looks. There's zero way anyone could tell I had surgery."