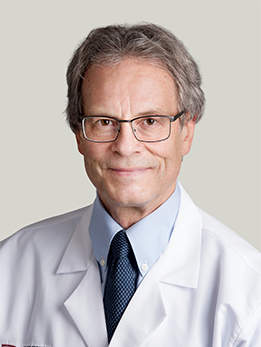 Anthony T. Reder, MD, is an expert on multiple sclerosis (MS) and an instrumental faculty member in the University of Chicago Medicine's large MS program.

Dr. Reder and several other colleagues and residents have developed new treatments for MS. The group has shown that misoprostol (Cytotec) abolishes trigeminal neuralgia in MS. The MS group has also helped develop and test most of the current therapies for MS, including Interferon-beta (Betaseron, Avonex, Rebif, Extavia), glatiramer (Copaxone), natalizumab (Tysabri) and fingolimod (Gilenya). The first FDA-approved therapy, IFN-beta (Betaseron), reduced exacerbations of MS, improved memory and reduced deaths 20 years later by nearly 50 percent. Several other trials of new MS therapies are currently in progress.

Dr. Reder has authored a large number of papers and abstracts, and often makes presentations at national neurology meetings. Subjects have included multiple sclerosis, EAE, tetanus, neuropsychiatry, sleep and fatal familial insomnia. His primary research interest is in the interaction between the central nervous system (CNS) and the immune system. He and his colleagues are studying the mechanism of action for interferon — the most widely used treatment for MS.

Dr. Reder recently found that there is a defect in the interferon signaling pathway in lymphocytes during attacks and in progressive forms of MS. This may be why patients with progressive MS do not respond clinically to interferon therapy. He was recently awarded a grant from the National MS Society to study the cause of the signaling problem and ways to correct it.