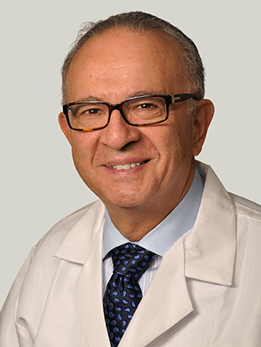 Close
773-702-6118
Request an Appointment Refer a Patient
Jacques Abramowicz, MD, is an expert in the use of ultrasound for prenatal diagnosis of fetal anomalies and screening for early detection of ovarian cancer.

Dr. Abramowicz’s research focuses on the prenatal diagnosis of fetal anomalies, screening and early diagnosis of ovarian cancer and the bioeffects and safety of ultrasound.

Dr. Abramowicz received the William J. Fry Memorial Lecture Award from the American Institute of Ultrasound Medicine for his significant contributions to the scientific progress of medical diagnostic ultrasound. He also was the recipient of the 2011 March of Dimes Jonas Salk Leadership award. He has published more than 175 scientific articles in international peer-reviewed journals, as well as more than 20 book chapters. He is co-editor of several books and the editor of “First Trimester Ultrasound: A Comprehensive Guide,” published in 2015. In addition, he has delivered 220 lectures to national and international audiences.