A Center Dedicated to Esophageal Disorders

The University of Chicago Medicine's Center for Esophageal Diseases is one of the few centers in the nation solely dedicated to diagnosing and treating disorders of the esophagus. Our patients benefit from advanced treatments, leading-edge technology and a level of experience and innovation only available at a handful of other leading medical centers in the world. You can trust that your care is being guided by top specialty physicians who are dedicated to tailoring treatment to meet your needs.

Our team approach means patients benefit from the combined expertise of physicians who have the knowledge and perspective to address all aspects of esophageal disease.

The University of Chicago Medicine has many experts who specialize in minimally invasive surgery for esophageal problems. Our surgeons take a team approach to the diagnosis and treatment of all esophageal conditions, and work closely with other experts in the Center for Esophageal Diseases.

Musician Michael Meadows came to UChicago Medicine to treat his acid reflux. Dr. Yalini Vigneswaran came up with a plan to treat more than just his acid reflux so he could return to the stage.

Watch Video Watch Video With Transcript
Close Video
[MUSIC PLAYING] The whole reason this all started was I was having a hard time singing.

So apparently I was having extensive hyper acid reflux. And I was going to doctors where I live, which is in Indiana. And they were wanting to cut my neck and do all this crazy stuff. And it just didn't seem right.

He was sent to me for a Nissen fundoplication, which is, like I said, one of the gold standard reflux operations we have surgeons perform. When he came to see me, I discussed this procedure with him. But looking at his whole picture and his whole health, he also had a history of diabetes, with his weight and his other medical problems such as high blood pressure. I talked to him that I could help him with his reflux and his other medical problems with a gastric bypass, which he was actually very pleasantly surprised to know that we could treat his reflux as well.

She drew me a picture. And she showed me everything and explained everything so thoroughly in a very short amount of time that I actually understood. And it made sense. Very quickly decided that that was going to be the way to go.

The care was amazing. But everybody knew what they were doing. And it wasn't a guess. There was no, this is what it is and this is what we're going to do, until I came here. So I had a staff that everybody knew me. They knew everything about me. And this is the plan. So it made it, I felt, much more comfortable.

And so, two weeks after surgery, I was back on stage. I was so nervous. Nobody knew what to think. We hadn't rehearsed in weeks because of the surgery. And then, that first line of the first song came out, and I was like, hey, it's going to be OK. And by the third song, I was like, wow, this is good. So, yeah. I was very happy.

As one of the few centers in the U.S. dedicated solely to the diagnosis and treatment of esophageal disorders, our Center for Esophageal Diseases brings together nationally and internationally recognized clinicians and researchers in a variety of related disciplines to provide patients with advanced options, resources, experience and innovation.

Treatment Designed For You

At UChicago Medicine, we ensure your care is personalized for your unique circumstances and needs. Our gastroenterologists work hand-in-hand with our surgeons to coordinate diagnosis and treatment for even the most complex disorders. As a result, our outcomes are considered a model for outstanding patient care.

The Center for Care and Discovery was specifically designed to provide the nation’s most advanced care, enabling UChicago Medicine to recruit leaders in the field of esophageal disease. Our state-of-the art hospital and medical center is equipped with the latest technology for the management of gastrointestinal disorders. These include confocal laser endomicroscopy, endoscopic ultrasound, high-resolution esophageal manometry, pH and impedance testing, laser ablation therapies, endoscopic mucosal resection and robotic surgery.

Providing the Most Advanced Care

Our surgeons take a team approach to the management of all esophageal conditions and work closely with other esophageal care experts as part of the Center for Esophageal Diseases. For example, since 2006, thoracic surgeon Mark K. Ferguson, MD, and gastrointestinal surgeon Vivek N. Prachand, MD, have merged their expertise in minimally invasive surgery to perform combined laparoscopic/thoracoscopic esophagectomy for esophageal cancer, avoiding the pain and risk of wound complications associated with the traditional large abdominal and chest incisions used for these procedures.

At the Center for Esophageal Diseases, we emphasize the use of the least-invasive treatment methods, and our experts specialize in minimally invasive surgery for esophageal problems. Many patients with precancerous conditions can be successfully treated using non-surgical endoscopic techniques. For patients that require surgery, our expert surgical team can typically perform the procedure through very small incisions, rather than traditional open techniques that require large abdominal and chest incisions.

U.S. News & World Report ranks our digestive disorders program among the best in the nation. Our doctors are internationally recognized as leaders in their field and several are often on America's Best Doctors list.

Among the Best in the Nation

Eating and drinking became increasingly difficult for Dorian Brantley. Gastroenterologists diagnosed achalasia — a rare digestive disorder that affects the muscles between the esophagus and the stomach. Brantley had a peroral endoscopic myotomy to correct the problem. Now, she is back to enjoying all her favorite foods again. 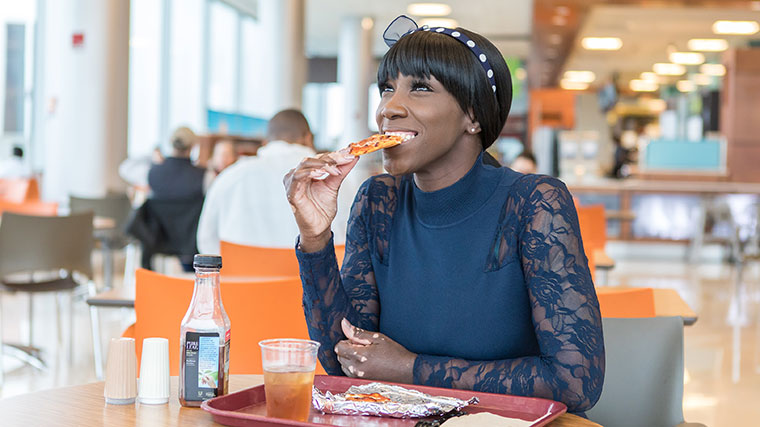 Newsweek ranked UChicago Medicine as one of top 50 best hospitals in the world for gastroenterology care.

We’re committed to advancing discoveries that transform our patients’ lives and expand our physicians’ knowledge.

Destination UChicago Medicine is a new program providing concierge services for patients traveling from beyond our service areas.