Infection with reovirus, a common but otherwise harmless virus, can trigger the immune system response to gluten that leads to celiac disease, according to new research from the University of Chicago and the University of Pittsburgh School of Medicine.

The study, published April 7, 2017 in Science, further implicates viruses in the development of autoimmune disorders such as celiac disease and type 1 diabetes, and raises the possibility that vaccines could one day be used to prevent these diseases.

"This study clearly shows that a virus that is not clinically symptomatic can still do bad things to the immune system and set the stage for an autoimmune disorder, and for celiac disease in particular," said study senior author Bana Jabri, MD, PhD, professor in the Department of Medicine and Pediatrics, vice chair for research in the Department of Medicine, and director of research at the University of Chicago Celiac Disease Center. "However, the specific virus and its genes, the interaction between the microbe and the host, and the health status of the host are all going to matter as well." 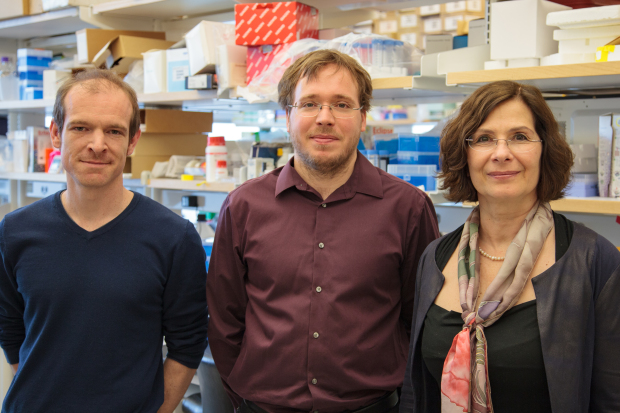 Celiac disease is an autoimmune disorder that affects one in 133 people in the United States, although it is believed that only 17 percent of those have been diagnosed. It is caused by an improper immune response to the protein gluten, found in wheat, rye, and barely, that damages the lining of the small intestine. There is no cure for celiac, and the only effective treatment is a gluten-free diet. Gluten is a dietary protein that is naturally poorly digested, and therefore more likely to engage the immune system than other proteins, even in people without celiac. However, the way inflammatory immune responses to gluten work remains poorly understood. In a 2011 study published in Nature, Jabri's laboratory reported that IL-15, a cytokine upregulated in the intestinal lining of celiac disease patients, can break oral tolerance to gluten. However, not all celiac disease patients overexpress IL-15.

The current study, a collaboration with Terence Dermody, MD, chair of the Department of Pediatrics at the University of Pittsburgh School of Medicine and physician-in-chief and scientific director at Children's Hospital of Pittsburgh of UPMC, shows that intestinal viruses can induce the immune system to overreact to gluten and trigger the development of celiac disease. Using two different reovirus strains, the researchers showed how genetic differences between viruses can change how they interact with the immune system. Both reovirus strains induced protective immunity and did not cause overt disease. However, when given to mice, one common human reovirus triggered an inflammatory immune response and the loss of oral tolerance to gluten, while another closely related but genetically different strain did not. "We have been studying reovirus for some time, and we were surprised by the discovery of a potential link between reovirus and celiac disease," said Dermody. "We are now in a position to precisely define the viral factors responsible for the induction of the autoimmune response." 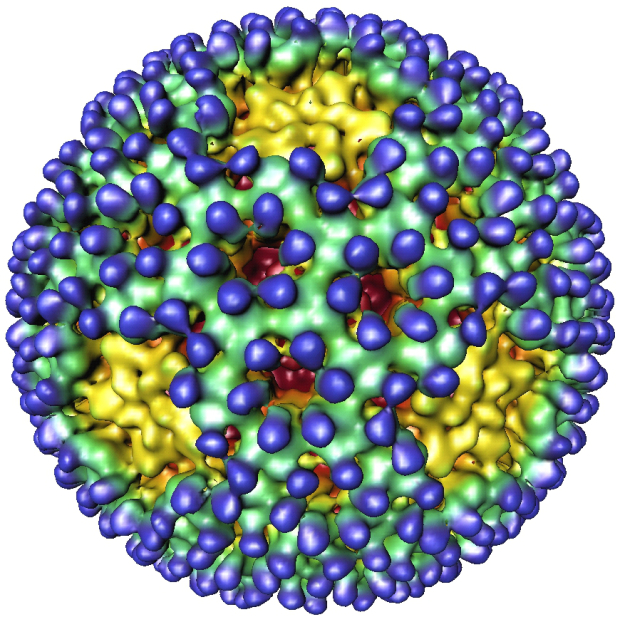 Illustration of a reovirus, which researchers found can trigger the immune response that leads to celiac disease (Image: Nason, Dermody, et al, Journal of Virology)

The study also found that celiac disease patients had much higher levels of antibodies against reoviruses than those without the disease. The celiac patients who had high levels of reovirus antibodies also had much higher levels of IRF1 gene expression, a transcriptional regulator that plays a key role in the loss of oral tolerance to gluten. This suggests that infection with a reovirus can leave a permanent mark on the immune system that sets the stage for a later autoimmune response to gluten.

The study suggests that infection with a reovirus could be a key initiating event for developing celiac. For example, in the United States, babies are usually given their first solid foods-often containing gluten-and weaned from breastfeeding around six months of age. Children with immature immune systems are more susceptible to viral infections at this stage, and for those genetically predisposed to celiac disease, the combination of an intestinal reovirus infection with the first exposure to gluten could create the right conditions for developing celiac.

"During the first year of life, the immune system is still maturing, so for a child with a particular genetic background, getting a particular virus at that time can leave a kind of scar that then has long term consequences," Jabri said. "That's why we believe that once we have more studies, we may want to think about whether children at high risk of developing celiac disease should be vaccinated." 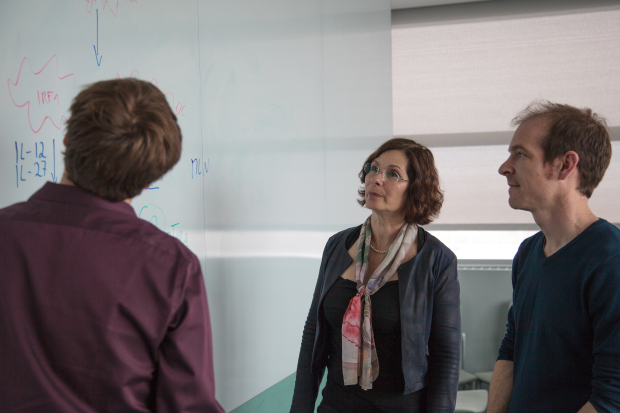 Jabri and her team, including postdoctoral researchers Romain Bouziat, PhD, and Reinhard Hinterleitner, PhD, are collaborating with graduate student Judy Brown and additional members of Dermody's team at UPMC to study the common critical features of host-viral interactions driving loss of tolerance to dietary antigens. Furthermore, Jabri and Seungmin Hwang from the Department of Pathology at UChicago are investigating the possibility that other viruses can trigger the same series of events. All together, their work provides more evidence that viruses can trigger development of complex immune-mediated diseases, and raises the possibility that vaccines targeting viruses infecting the intestine could be used to protect children at risk for celiac and other autoimmune disorders.

The study was supported by the National Institutes of Health, the University of Chicago Celiac Disease Center and Digestive Disease Research Center Core, the Bettencourt Schueller Foundation, the Dutch Sophia Research Foundation, and the Austrian Science Fund.

Bana Jabri is a professor and vice chair for research in the Department of Medicine at UChicago. Her research focuses on the immune system and the biological mechanisms leading to the development of celiac disease, inflammatory bowel disorder and other autoimmune diseases.