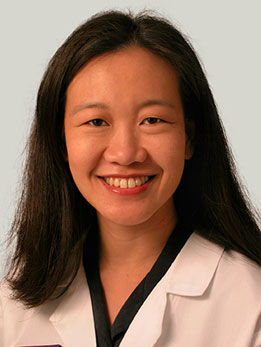 Erika Claud, MD, specializes in neonatology, providing care to critically ill infants. She has an interest in the diagnosis and treatment of preterm infants and conditions of the immature digestive tract.

Dr. Claud's research focuses on intestinal epithelial biology as it relates to neonatal necrotizing enterocolitis (NEC), a life-threatening inflammatory bowel disorder of unknown cause that afflicts premature infants. Her work has been funded by grants from prominent institutions, including the March of Dimes and the National Institutes of Health (NIH).

A dedicated educator and author, Dr. Claud has published several articles and abstracts in peer-reviewed journals and has written chapters in leading textbooks on pediatric gastrointestinal disease. In addition, she serves as an ad hoc reviewer for several scientific journals, such as the Journal of Pediatrics and Gastroenterology.