Our Approach to Care for Type 2 Diabetes

Most Americans diagnosed with diabetes have Type 2 diabetes. With Type 2 diabetes, the body cannot use its own insulin effectively, a condition known as insulin resistance. Untreated Type 2 diabetes can affect major organs and lead to serious health problems, including heart and blood vessel disease, nerve damage, kidney failure, vision impairment and other issues. 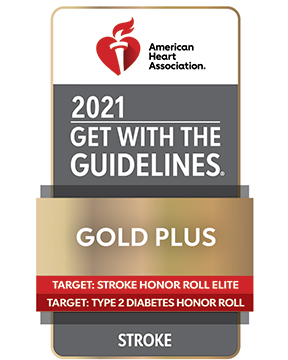 Our approach to patient care begins with the understanding that diabetes has a different impact on every patient. We integrate our ongoing research into our clinic, giving our patients access to the most advanced diagnostic and treatment services. Our expertise in genetics and diabetes allows us to examine each patient’s family history and identify candidates for genetic testing, as needed, to ensure that patients receive the most appropriate and effective treatment plans for their diabetes.

We build treatment plans tailored to address each patient’s needs. Our multidisciplinary team is equipped to support patients in managing every aspect of diabetes, from the medical and physical issues to the social and emotional challenges. Because diabetes is a lifelong disease, we approach care with a “life span model” of care. Our diabetes specialists are able to provide care to patients at every life stage.

We welcome the opportunity to provide a second opinion on your diagnosis or treatment plan. Our specialists are dedicated to helping you understand your options so you can select the best care plan for your needs. Our team will use previous test results and may conduct additional diagnostic tests such as advanced laboratory analysis, genetic testing, or other methods of evaluation to provide a full evaluation and build an individualized diabetes management plan.

Our focus goes beyond managing diabetes. We’re working to prevent diabetes in people who are most at risk. Our diabetes prevention programs target ethnic groups that have a higher-than-average prevalence of diabetes, including African Americans and Hispanic Americans.

The University of Chicago has served as a clinical study site in the ongoing, multi-center diabetes prevention program (DPP), funded by the National Institutes of Health/National Institute of Diabetes and Digestive and Kidney Disorders (NIH/NIDDK). It has focused primarily on African Americans at high risk of diabetes.

The Diabetes Prevention Program is a 27-center, randomized clinical trial designed to evaluate the safety and efficacy of interventions that may delay or prevent development of diabetes in people at increased risk for Type 2 diabetes. The University of Chicago was selected to participate as a research site. The area near the University of Chicago is comprised primarily of African Americans, a target population identified by the National Institute of Diabetes and Digestive and Kidney Disease (NIDDK) as a group at high risk for diabetes.

At the University of Chicago, research focused in part on individuals with impaired glucose tolerance (IGT), a prediabetic condition that is associated with insulin resistance and increased risk of cardiovascular disease. The University of Chicago’s results supported those of the larger DPP study group, which substantiated that appropriate interventions can help prevent Type 2 diabetes from developing in individuals with IGT.

While some individuals have no symptoms, symptoms may include:

People with diabetes who have other chronic illnesses, such as hypertension, cystic fibrosis, celiac disease, thyroid problems or polycystic ovary syndrome, benefit from customized treatment plans that take into account how best to manage diabetes when other health problems are present.

Pregnant women and women planning to become pregnant can take advantage of our unique diabetes and pregnancy program in partnership with the University of Chicago Medicine High-Risk Obstetrics Program.

Teens with diabetes receive special care through our transitions program that helps them manage their diabetes as they grow into adulthood. Patients who require surgery can receive expert care through University of Chicago programs in transplantation (heart, lung, liver, kidney and pancreas), cardiac surgery, orthopaedic surgery, vascular surgery and bariatric (weight loss) surgery.

Regular blood sugar monitoring is essential because even if a patient does not feel symptoms, their blood sugar may be at unhealthy levels, putting the patient at risk for complications. Physicians typically provide the patient with a glucometer — a device that uses blood to determine blood glucose levels. Patients often see their doctors for regular blood tests that show average blood glucose levels for the most recent two to three months.

Our patients have access to the newest glucose sensor technology and monitoring devices. Patients receive one-on-one education on how to use these important devices. Our insulin pump program offers options to select specific technology that best fits each patient's needs.

How do you treat Type 2 diabetes?

When you have Type 2 diabetes, you first need to eat a healthy diet, stay physically active and lose any extra weight. If these lifestyle changes cannot control your blood sugar, you also may need to take pills and other injected medication, including insulin.

Eating a healthy diet, being physically active, and losing any extra weight is the first line of therapy. Diet and exercise is the foundation of all diabetes management because it makes your body’s cells respond better to insulin (in other words, it decreases insulin resistance) and lowers blood sugar levels.

If you cannot normalize or control your blood sugar with diet, weight loss and exercise, the next treatment phase is taking medicine either orally or by injection.

Diabetes pills work in different ways – some lower insulin resistance, others slow the digestion of food or increase insulin levels in the bloodstream. The non-insulin injected medications for type 2 diabetes have a complicated action but basically lower blood glucose after eating. Insulin therapy simply increases insulin circulating in the bloodstream.

Many people with Type 2 diabetes have elevated blood fats (high triglycerides and cholesterol) and blood pressure, so you may be given medications for these problems as well.

Can Type 2 diabetes go away? And if my blood sugar becomes normal, do I still have diabetes?

Type 2 diabetes is a genetic condition or predisposition that doesn’t change with treatment. But diabetes is defined as an elevated blood sugar level.

Maybe. Historically, 30% or more of people with Type 2 diabetes required insulin therapy. However there are many new drugs available that may delay or prevent the need for insulin therapy. It is expected that fewer and fewer individuals will need insulin replacement to control their blood sugar.

As someone with Type 2 diabetes, do I turn into a Type 1 diabetic when I take insulin?

No. Taking insulin does not mean that you have Type 1 diabetes. Your Type of diabetes is determined by your genetics, not by the Type of therapy.

If I have Type 2 diabetes and take insulin, do I have to take it forever?

Not necessarily. If you can lose weight, change your diet, increase your activity level, and/or change your medications, you may be able to reduce or stop insulin therapy. Under certain circumstances, you may only need insulin temporarily – such as during pregnancy, acute illness, after surgery or when treated with drugs that increase the body’s resistance to the action of insulin (such as prednisone or steroids). Often the insulin therapy can be stopped after the event or stress is over.

Will exercise help my diabetes?

Exercise is very beneficial in the management of Type 2 diabetes. Always consult with your doctor about exercise guidelines, to exercise safely and reduce risks.

If I have Type 2 diabetes can I stop taking diabetes medications if I eliminate candy and cookies from my diet?

If you eliminate concentrated sources of carbohydrates (foods that turn into sugar in your bloodstream) like candy and cookies, you may be able to reduce or eliminate the need for diabetes medications. Everyone with Type 2 diabetes will benefit from an improved diet, but you may still need other interventions, such as increased physical activity, weight loss or medications to keep your blood sugar in the target range. Check with your doctor about any diabetes medication dose adjustments that may be required if you change your diet.

Do I need to monitor my blood sugar when I have Type 2 diabetes?

Are my children at risk?

Can Type 2 diabetes be prevented?

Although we cannot change your genetic risk for developing Type 2 diabetes, we do know that even modest exercise and weight loss can delay or prevent the development of Type 2 diabetes. A landmark research study, conducted by the Diabetes Prevention Program (DPP) in the United States in the 1990s, showed that when people modified their risk factors for Type 2 diabetes, they reduced their chance of developing the condition. Similar results have been shown in Finland.

In the DPP study, people with pre-diabetes were enrolled and assigned to 3 different treatments:

Help us find the answers

*Unfortunately, we are unable to accept cash gifts. Personal and Corporate Checks are accepted.