Lynn Yanow, 55, never struggled with her weight until she developed diabetes in her early 30s after having two children. In the 25 years since, the Chicagoan went to great lengths to keep her blood sugar under control by taking up to 80 units of insulin a day, receiving a weekly shot, and taking extreme measures to lose the pounds she put on as a result. Nothing worked long-term.

Frustrated and concerned about her insulin dependence, Yanow took the advice of an internist to seek a bariatric surgery consultation and eventually met with Mustafa Hussain, MD, director of the Center for the Surgical Treatment of Obesity at the University of Chicago Medicine.

At 230 pounds, 5 feet 9 inches and with a body mass index (BMI) of 35, Yanow was on the lower end of being a candidate for bariatric surgery. Typically, patients have a BMI of higher than 40 before seeking obesity surgery. However, because of her diabetes, Hussain suggested a laparoscopic Roux-en-Y gastric bypass which would not only help her lose excess weight, but also effectively treat her Type 2 diabetes. Gastric bypass is one of the many surgical options offered at UChicago Medicine.

Opting to undergo surgery is a huge decision, and Yanow felt confident to make it because of the comprehensive team she had at UChicago Medicine.

"Obesity is a complex issue. It doesn't have just one solution," Hussain said. "Surgery happens to be the most effective way to help people lose weight, but we realize it doesn't function alone."

In the eight months since her surgery, she’s lost nearly 80 pounds. She was able to go completely off insulin the day after her surgery, and her daily medication dosage has been cut in half.

Nurses, dietitians and counselors helped her with everything she needed to be physically and emotionally prepared. She had a million questions before and after surgery, Yanow said, and everyone responded thoroughly and promptly, putting her mind at ease that she had made the right choice.

“I came to this realization that as scary as it was for me to go into surgery, it was much worse to worry about losing a limb or having to go on dialysis or whatever could happen from diabetes,” Yanow said. “I would’ve been headed in that direction eventually.”

In August 2017, Hussain performed Yanow’s gastric bypass surgery. During this procedure, the surgeon staples the upper portion of the stomach, reducing it to the size of a golf ball, and connects the upper intestine to the stomach. Food is then rerouted so it does not come in contact with the main stomach area. The entire procedure is done laparoscopically, which means through small incisions on the abdomen. Afterward, many patients feel fuller between meals, which helps lead to weight loss. 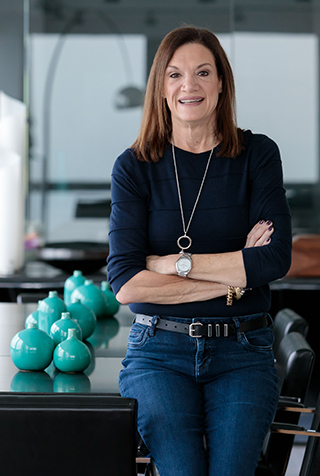 Yanow spent one night in the hospital and said she returned to her normal routine quickly after surgery. She has been motivated ever since to strictly follow her new dietary guidelines – which include taking vitamin and protein supplements to avoid deficiencies – to lose weight and keep her diabetes under control.

In the eight months since her surgery, she’s lost nearly 80 pounds. She was able to go completely off insulin the day after her surgery, and her daily medication dosage has been cut in half. Yanow's physical health has undoubtedly improved but so has her emotional wellbeing.

"Since I did the surgery, I feel much better about myself. I am much more confident; I do a lot more things," she said. "I do double takes in the mirror every time I walk by. I absolutely do not believe that I look like this, and I feel very, very good about it."

Center for the Surgical Treatment of Obesity

The University of Chicago Medicine is nationally recognized for its surgical weight loss program. We are one of a few programs in the country, and the only program in the Midwest, that offers all four major surgical options for the treatment of severe obesity using minimally invasive techniques.

Heather Linder is a marketing director at UChicago Medicine.