Every day, 800 women around the world die of preventable causes related to pregnancy and childbirth. That's one every 90 seconds. And here in the U.S., the teen pregnancy rate exceeds that of every other industrialized nation.

Statistics like these fuel the work of the University of Chicago Center for Interdisciplinary Inquiry and Innovation in Sexual and Reproductive Health (Ci3), a wide-ranging collaboration that's tackling systemic barriers to sexual and reproductive health through youth empowerment, research and novel interventions.

"I was inspired to start Ci3 because I began to see that many of the problems I was most interested in related to sexual and reproductive health were beyond a single discipline," said Melissa Gilliam, MD, MPH, a pediatric and adolescent gynecologist who founded Ci3 in 2012. The center brings together researchers from such diverse disciplines as medicine, economics, psychology, sociology, business, English and public policy. Ci3 also has a dedicated policy program to help galvanize policy change to support the health of young people.

The center's most robust program, the Game Changer Chicago Design Lab, enlists teens to conduct clinical research and combat health risks through new media projects and game design. One example is Smoke Stacks, a board game that casts players as tobacco industry executives to highlight the role of marketing in teen tobacco use.

"It's the beginning of a series of exciting projects," Gilliam said, "where we're working with communities to redesign systems to better support them."

This article is part of a five-part series originally published in the Spring 2016 issue of Medicine on the Midway. 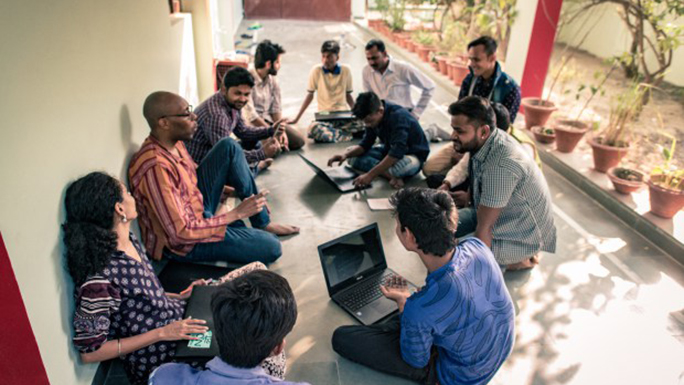 Ci3 researchers and storytellers recently traveled to India to work with adolescents living in urban slums and train young people in storytelling. The youth are producing stories on gender, education and future aspirations. (©2016 Saddi Khali, Storyographers, LLC.; Courtesy of Ci3)

UChicago Medicine breaks ground on $121M multispecialty care facility in Crown Point, Indiana
How to better protect young athletes from sports injuries
COVID-19 vaccine and kids: What parents should know
Is your child meeting their developmental milestones?
Comer Children's again listed among top hospitals in U.S. News & World Report 2022-23 rankings
Talking tablet improves communication and behavior for 6-year-old with apraxia and developmental delay
College student celebrates being cancer-free for more than a decade after battling acute lymphoblastic leukemia as a tween
Ready for pollen season? How to deal with spring and summer allergies
What families need to know about managing a child's celiac disease