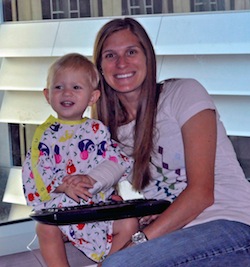 The key moments may not have been quite as gripping as a heart or liver transplant, but this summer Grant Fisher of Fond du Lac, Wisconsin, rapidly, almost miraculously, regained his health thanks to a profoundly personal and entirely biological donation from his mother.

On August 3, 2012, Fisher became the first child in the Midwest, one of the first five in the country, and, at 18 months old, possibly the youngest, to undergo FMT-fecal microbiota transplantation -- also known, among other many less delicate names, as a stool transfer. Physicians use FMT to calm a troubled bowel. Such transplants are designed to repopulate the colon, replacing the vast diversity of collaborative intestinal inhabitants after the usual healthy mix has been disturbed.

Less dramatic and far safer than organ transplants, organism transplants have been around for more than 50 years. Only recently, however, have they gained widespread respect as restorative therapy. "Fecal transplants remain a niche therapy," according to a 2011 article in Scientific American, "practiced only by gastroenterologists who work for broad-minded institutions and who have overcome the ick factor."

In the normal bowel, more than 1,000 different strains of bacteria peacefully co-exist. If the delicate balance of multiple strains is altered by antibiotics or other causes, however, certain more aggressive strains, most notably Clostridium difficile, can take over, leading to severe diarrhea, inflammation and tissue damage.

That happened to Grant. In November, 2011, when he was 10 months old, he came down with a cough that soon blossomed into bronchitis. His doctor prescribed azithromycin, a standard antibiotic that cleared up the cough. But as Grant's breathing improved, his digestion deteriorated. He began vomiting, developed severe diarrhea and lost weight. "It was worse than the flu," said his mother, Autumn Fisher. He was "one sick little boy."

His doctors in Wisconsin tried stronger antibiotics, first flagyl, then vancomycin, but after five to 10 days, the diarrhea returned. Longer courses, higher doses and different combinations of antimicrobials had the same effect, a week or two of health, then rapid, painful decline. Grant had a "persistent infection with C. diff," said Stacy Kahn, MD, assistant professor of pediatrics at the University of Chicago Medicine. 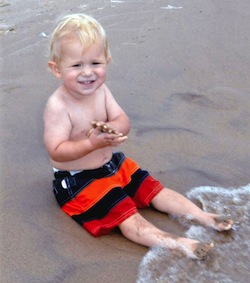 Although C. difficile is often found in normal intestines, this increasingly common bacterial infection can multiply rapidly, especially after antibiotics kill off other gut bacteria, leaving room for drug-resistant germs like this one to grow. Among the long list of bacteria that reside in the gut, C. difficile is one of the nastiest. It makes toxins that destroy the lining of the gut. It can quickly overwhelm the bowel, causing unrelenting diarrhea and life-threatening inflammation. Studies show that up to 65 percent of patients with recurrent C. difficile infections will suffer "multiple relapses despite maximal antibiotic therapy."

By April, Grant's pediatricians in Fond du Lac and their academic colleagues in Milwaukee had exhausted their options. Physicians at a Milwaukee children's hospital mentioned the possibility of FMT. They were not prepared to offer the therapy, but the Fishers started calling midwestern children's hospitals and soon found Kahn at the University of Chicago's Comer Children's Hospital. She studies microbiome-based therapies for inflammatory bowel disease and had gained approval in June to test an FMT protocol for children.

"This is a safe and highly effective therapy for adults, but it has not yet been studied in children," Kahn said. She got in touch with George Russell, MD, the pediatrician at Massachusetts General Hospital who had orchestrated the first four U.S. cases, and began working closely with the Fishers.

Grant met all the requirements for an FMT recipient. He had a normal, functional immune system and had experienced multiple episodes of severe C. difficile infection, which could not be controlled with medications. His mother qualified as the donor, impressing the physicians with her genuine motives and presenting a digestive system that was healthy, stem to stern. This was confirmed by the transplant workup, similar to that for any organ donor, which included screening for multiple pathogens, including viruses, parasites and worms.

After mother and son passed all tests, which took four weeks, Kahn's team and Grant's family scheduled the procedure for Aug. 3 and began preparations. On Aug. 2, the Fishers made the 160-mile drive from Fond du Lac to the University of Chicago and checked into Comer Children's Hospital. Grant was placed on a clear liquid diet. Autumn ate "lots of prunes."

When a heart or kidney becomes available for transplant, the clock starts ticking. With a fecal transplant, time matters, but there is not the same sense of urgency. Donor stool, the protocol states, "should be used within six hours of passage." If lost or damaged, it can be replaced. Whether donation begins at home or in a hospital washroom, the material — about 8 ounces — is processed in a level-2 biosafety cabinet.

Technicians dilute the stool with saline or freshly purchased skim milk, which offers certain theoretical advantages. This mixture is homogenized into a slurry using a standard blender, which is dedicated to this sole purpose. After being filtered through gauze to remove any particulate matter, the slurry is sprayed into the proximal colon using a colonoscope. Some programs have administered the slurry through a naso-gastric tube, but a survey of potential fecal transfer patients by Kahn and colleagues found a strong esthetic preference for the bottom-up approach.

To improve retention, the recipient may be placed in a "reverse Trendelenberg" position — lying face down with the abdomen higher than the head. With Grant, this all flowed smoothly. He was transplanted that morning and discharged from the hospital that evening. The next day, 24 hours after treatment, he had a normal bowel movement, his first in months. So his family took him home. Subsequent tests reveal no evidence of C. difficile in his stool.

"He's done fantastic ever since," said his donor/mother. "Within 24 hours the patient's symptoms resolved completely," Grant's doctors wrote in a letter published in the December 2012 issue of the American Journal of Gastroenterology. "One week post-FMT, Clostridium difficile toxin PCR was negative and 2 months post-FMT he remains asymptomatic." "After the roller coaster of ups and downs," said his mother, "I have my little boy back. We are so grateful."

Although the first fecal transplants for control of C. difficile were performed in 1958, the recent explosion of knowledge about the microbiome has triggered interest in many new applications. In 2003, an Australian team reported that FMT helped six patients get rid of ulcerative colitis. Newer research suggests that manipulating gut bacteria could help prevent or treat many more diseases, including irritable bowel syndrome, type-2 diabetes, and metabolic syndrome. Tinkering with the gut flora may also help some forms of malnutrition and, on the flip side, prevent obesity. This approach is "enormously promising, in theory," Kahn said, "but we need more than theories. We need data."

With C. difficile the evidence is persuasive. For really sick patients, such as Grant, there are few alternatives. But "when we move to other diseases, we raise new safety concerns," Kahn said. 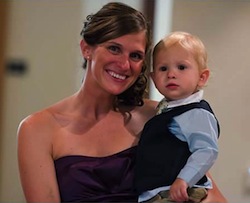 Oversight agencies share, and amplify, those concerns. "Federal regulations and research rules — along with just plain squeamishness — could keep the procedure from helping potentially thousands of people who might benefit," stated the Scientific American article. Kahn and colleagues, for example, have been awaiting federal permission to begin a trial of FMT for patients with ulcerative colitis for more than a year. "We're getting at least one phone call a week from patients asking about the treatment and when we're going to start," she said.

Meanwhile, people with ulcerative colitis have been performing their own transplants at home, using guidelines available on the Web. This provides limited data, but many detail-oriented treatment diaries. Although Grant spent one night in the hospital, "this could all be done on an outpatient basis," Kahn said. In that setting, the University of Chicago protocol advises donors to purchase their own container. The authors suggest a "Tupperware-like product." It should be new, they insist, and "airtight."