Numerous studies have documented poorer health care and outcomes for black patients in the U.S., but few have asked why or compared racial bias across nations. Natalia Neha Khosla, a second-year student at the University of Chicago Pritzker School of Medicine, wanted to know more and formed a research team to investigate. 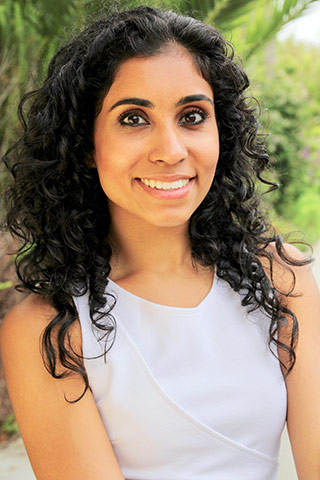 Her group’s findings, “A Comparison of Clinicians' Racial Biases in the United States and France,” were published April 2 in the journal Social Science & Medicine.

The team found that American clinicians rated white patients as significantly more likely to improve and more likely to adhere to recommended treatments than black patients, and to be more personally responsible for their health than black patients. Then they compared the findings to clinicians in France, where health care providers didn’t exhibit significant bias toward either race.

The study surveyed 164 clinicians – 83 in a Chicago hospital and 81 at a hospital in Nice, France – by asking doctors, nurses, physician assistants and medical students to read doctor’s notes about a hypothetical male patient diagnosed with hypertension. The notes were identical with the exception of race, which was noted as either black or white. Questions included “How likely is it that the patient’s condition will improve?” and “How likely is it that the patient will take the recommended prescriptions?”

Khosla conducted the French portion of the survey after her sophomore year in college, when she received a grant to intern in a French hospital and study their public health system. The daughter of Indian immigrants, Khosla grew up in a mostly white Chicago suburb and realized early on that she was constantly aware of her race and gender. Despite her success, she notes, “I always was made aware that I was different.”

During her undergraduate studies at Yale University, Khosla majored in psychology and focused on race and gender bias. Her undergraduate thesis on bias in medical settings developed into the paper published this month.

“We need to continue to examine if medical providers have preferences for some groups over others, either implicit or explicit, and how that affects treatment, expectation for patient success, and interactions with patients,” said co-author Sylvia Perry, PhD, an assistant professor of psychology at Northwestern University, who was Khosla’s undergraduate thesis advisor at Yale.

The public perception is that medicine is based only on science, which is removed from bias and racism, said Khosla.

“But this work and scores of studies before show that’s not the case,” she said. “Science and medicine are not invulnerable to the effects of racism, because we are humans and are shaped by our environment.”

“Bias today often operates subconsciously, so that people are not aware that they are acting in a biased way,” continued Khosla. “This makes it even more important that we each take the initiative to reflect on our own bias daily, without putting that onus on the marginalized to point it out to us. And when people do point it out, we must believe them. I urge the scientific community to take from these results that we need to start talking openly about racial bias, and admitting that we contribute to it, because bias awareness is the first step to reversing it.”

In addition to Khosla and Perry, other authors include Corinne A. Moss-Racusin from Skidmore College, Sara E. Burke from Syracuse University and John F. Dovidio from Yale University.