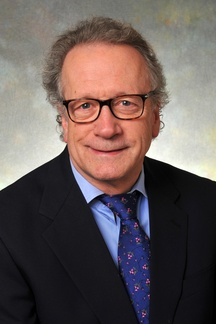 This year’s MacLean Center Prize in Clinical Ethics and Health Outcomes has been awarded to physician and human rights activist Steven Miles, MD, Professor Emeritus of Medicine and Bioethics at the University of Minnesota.

The MacLean Center Prize is a $50,000 award that recognizes physician scholars who have made transformational contributions in the field of Clinical Medical Ethics.

The award will be presented Saturday, November 9, during the 31st annual Dorothy J. MacLean Fellows Conference on Clinical Medical Ethics, held at the University of Chicago Law School. The award will be presented by Kenneth S. Polonsky, MD, the Richard T. Crane Distinguished Service Professor, Dean of the Division of the Biological Sciences and the Pritzker School of Medicine, and Executive Vice President for Medical Affairs.

Following the presentation, Miles will give his keynote lecture, titled, “A Medical Ethics of Solidarity.”

Miles, the former Maas Family Endowed Chair in Bioethics at the University of Minnesota, has worked extensively with refugees and on behalf of victims of torture. He has a special interest in holding physicians accountable for collaboration with torture.

He has written four books, many chapters and more than 200 medical articles on medical ethics, human rights, torture and end-of-life care. His 2004 book, The Hippocratic Oath and the Ethics of Medicine, reviewed the meaning of the Hippocratic Oath and examined its relevance in the context of modern-day clinical practice. His 2006 book, Oath Betrayed: America's Torture Doctors, examined how doctors and nurses remained silent during the mistreatment and torture of prisoners at Abu Ghraib, Guantánamo Bay and other war prisons.

He has maintained websites that track physician standards of conduct and punishments for doctors who aid torture, as well as a 60,000-page archive of government documents describing the medical system in military prisons.

“Steve has had a distinguished career as a clinician and a scholar,” Siegler said. “His scholarly work on the Hippocratic Oath and on the evils of torture have won worldwide praise.”

The MacLean Center's annual two-day conference, which is free and open to the public, will be held November 8-9 and will include presentations by distinguished national ethics leaders addressing a wide range of topics, including equity in health policy, the doctor-patient relationship, health care disparities, pediatric ethics, surgical ethics, reproductive ethics, ethical issues in medical marijuana use and ethical issues in genetic testing. To register for the conference, please click here.

The MacLean Center for Clinical Medical Ethics was pivotal in establishing and expanding the field of clinical medical ethics. Sticky Sessions Testing

Learn more about the MacLean Center