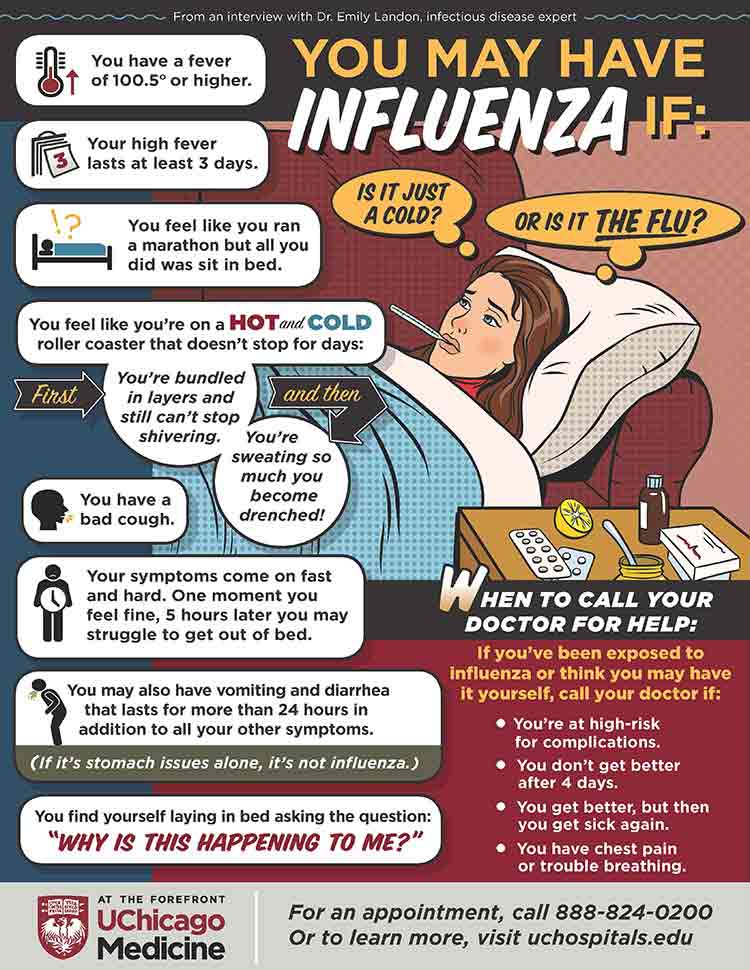 Like clockwork each winter, our friends and coworkers start coughing and sniffling. Winter illnesses—particularly influenza—can mean days or even weeks of misery for people who get sick. For others, catching the influenza virus can be deadly.

The flu’s severity—and the effectiveness of the vaccine to combat it—changes each year. On average, anywhere from 9 million to 35 million Americans will get the flu each year. Of that group, 140,000 to 710,000 will be hospitalized, and between 12,000 to 56,000 will die, according to the Centers for Disease Control and Prevention.

There is good news: preventing the spread of flu, or even minimizing its severity, is relatively simple. The first step? If you get sick, it’s important to stay home to avoid passing the virus to others. But that’s not all you can do. Here are other suggestions to stay healthy and safe this flu season:

Get a flu shot

“A flu shot doesn’t necessarily mean you can live your life completely free of the flu, but you may have a lower chance of getting pneumonia,” said Emily Landon, MD, an infectious disease specialist at UChicago Medicine. “Getting a flu shot could also mean you only have four days of a fever, rather than six.”

It’s not too late for a shot, either. The flu season can run into the spring, and the vaccine typically takes two weeks to become effective.

Protect your face and hands

If someone around you looks sick, give them a wide berth. The virus can be transmitted through respiratory droplets that stay in the air or on a surface momentarily after someone sneezes or coughs. Standing at least six feet away from someone who’s sick can significantly decrease your chances of being exposed.

“Give yourself distance when someone is sneezing,” Landon said. “Even leaning back when someone sneezes can make a difference.”

If you’re in tight quarters, try wearing a facemask or covering part of your face with a scarf. Be extra vigilant about touching your face with unwashed hands—something we do hundreds of times a day without even noticing.

“Our hands are what touch our nose and mouth,” Landon said. “And they touch it all the time—not just when you’re eating. We don’t even realize it.”

That extends to our cell phones, which we have in our hands all day long.

Meanwhile, make sure you’re washing your hands frequently to reduce the risk of transmitting germs if—or rather, when—you do touch your face.

“The good news, though, is that the flu isn’t hard to kill,” Landon said.

Alcohol-based hand sanitizers and many other household cleaning products—even soap—can easily kill the virus. Just make sure you’re not trying to kill influenza with organic cleaning products that use vinegar, rather than a detergent or an antiseptic.

If you’ve been exposed

What should you do if you’re at high risk for flu complications and you’ve been exposed to the influenza? Call your doctor and get a prescription for an anti-viral medication (like Tamiflu), which can prevent the virus or lessen the severity of your illness.

That’s especially important for people with compromised immune systems from things such as cancer treatment, certain infections, or other health conditions.

“The more people who have the flu, the greater chance you have of coming in contact with someone who has influenza, which increases your chance of getting influenza yourself,” Landon said. “It’s a numbers game.”

Protect Yourself and Others from the Flu

UChicago Medicine offers flu shots for adults and children at several downtown, South Side and south suburban locations. Find a flu vaccination clinic near you.

Ashley Heher is the director of media relations and breaking news at UChicago Medicine.