How lifestyle changes, screening and vaccination can help prevent cancer

In 2016, there were 1,685,210 new cancer cases diagnosed in the U.S., and 595,690 people died from cancer, according to estimates from the National Cancer Institute (NCI). Research shows that roughly half of all cancer cases could be prevented by basic lifestyle changes, such as smoking cessation, exercise, screening and vaccination, according to the Centers for Disease Control and Prevention (CDC). February is National Cancer Prevention Month and the perfect time to take important steps to reduce your cancer risk.

Tobacco use is the single largest preventable cause of cancer in the world and is responsible for 6 million deaths (from cancer and other diseases) worldwide each year, according to the World Health Organization. In fact, according to the American Cancer Society (ACS), smoking cigarettes kills more Americans than alcohol, car accidents, HIV, guns, and illegal drugs combined. The University of Chicago Medicine's Courage To Quit program uses evidence-based smoking cessation methods including behavioral skills, cognitive skills, and prescription and over-the-counter medications to help participants successfully quit smoking. The program, which is sponsored by the Respiratory Health Association of Metropolitan Chicago, was developed by Andrea King, PhD, professor of psychiatry and co-leader of the University of Chicago Medicine Comprehensive Cancer Center's Cancer Prevention and Control Program. King is a licensed clinical psychologist with extensive experience in the treatment of tobacco and other addictions. In a recent study of smokers aged 18-35, King found that seeing someone use an e-cigarette or vape pen (often used as a substitute for tobacco products) produced "an immediate, significant and lasting increase in the desire to smoke." "The regulations in the U.S. on when and where somebody can use an e-cigarette are not yet standard," King said. "But we do know that, so far, the use of e-cigarettes has not had a major direct impact on smoking cessation efforts above and beyond public health messages and taxes." For additional support contact the Illinois Tobacco Quitline at 1-866-QUIT-YES and http://quityes.org/

According to the CDC, more than one-third of U.S. adults are obese. Obesity can increase a person's risk for heart disease, stroke, type 2 diabetes and several types of cancer, including uterine, breast, colon, and kidney. The NCI lists several plausible reasons for obesity's link to cancer, including chronic low-level inflammation that can damage DNA, fat tissue that produces an excess of estrogen, and increased levels of insulin. Although the precise nature of the link between obesity and cancer is not fully understood, data from observational studies have provided evidence that adults who gain less weight as they age have lower risks of certain cancers, including colon, kidney, breast and ovarian. Active living and healthy eating are essential components of maintaining a healthy weight. The ACS has online tools and resources to help both kids and adults get moving. In addition, the UChicago Medicine offers several programs to aid in weight management:

According to the ACS, about 5.4 million cases of basal and squamous cell skin cancers are diagnosed in the U.S. each year. The ACS estimates that about 87,110 new cases of melanoma (the deadliest type of skin cancer) will be diagnosed in the U.S. in 2017 and more than 9,500 Americans will die from melanoma. Most skin cancers, including melanoma, are caused by too much exposure to ultraviolet (UV) rays from the sun and man-made sources such as tanning beds. UV rays can damage the DNA in our skin cells, which can lead to cancer. People can limit exposure to UV rays by avoiding extended periods of time in the sun, using protective clothing and sunscreen, and stopping use of tanning beds. "For our own health and that of our loved ones, we all need to exercise healthy sun habits regarding sun screen use and regular skin evaluation," said Jason Luke, MD, assistant professor of medicine. "Skin screening by individuals and dermatologists facilitates the bedrock of melanoma and all skin cancer prevention. For melanoma we have a simple system of the ABCDE: Asymmetry, Boarder irregularity, Color change, Diameter increase, Evolution (change from normal) of moles." The UChicago Medicine offers prevention and early detection tools, including mole mapping. This technique uses digital photography to track changes in moles, which can be an early sign of melanoma. Learn more about UChicago Medicine dermatology care services.

Get screened and vaccinated

According to the ACS, breast cancer is the second leading cause of death in women, and there are currently 3.1 million breast cancer survivors in the U.S. However, regular mammograms can help detect breast cancer early, when it is most treatable. In 2015, the ACS issued new guidelines recommending women with an average risk of breast cancer get an annual mammogram from ages 45-54 and every other year after that, as long as they are generally healthy and expected to live for at least 10 more years. Women with an average risk do not have a personal or family history of breast cancer, and do not carry any genetic mutations that are known to increase risk. Talk to your doctor if you have a family history, because screening may need to be started earlier or done more frequently. Learn more about breast cancer detection and diagnosis at UChicago Medicine.

Cervical cancer remains the most preventable gynecologic cancer. Regular Pap tests can help screen for cervical cancer by detecting changes in cells from the cervix that could lead to cancer if left untreated. The Pap test is recommended for women between the ages of 21 and 65 years old. Cervical cancer is often caused by persistent infection with high-risk strains of human papillomavirus (HPV). For women older than 30, co-testing with Pap and HPV tests is recommended. Importantly, older women with risk factors may also need to be screened. HPV is the most common sexually transmitted infection in the U.S., according to the CDC, and problems with HPV infection can persist and occur long after exposure. HPV is so common that most sexually active men and women will get at least one type of HPV at some point in their lives. HPV is also linked to other cancers including head/neck, anal, vulvar and penile cancers. The HPV vaccine, which has been available for females since June 2006 and males since October 2009, can safely prevent HPV infection and the development of precancer when given in the recommended age groups. New CDC guidelines recommend 11- to 12-year-old (up to age 14) boys and girls receive two doses of the vaccine at least six months apart, and adolescents and young adults 15-27 years of age should complete the full three-dose series. "Sadly, most women who develop cervical cancer are patients who have not had a Pap smear for many years as they did not realize they were at risk or they lacked access to care," said Nita Lee, MD, assistant professor of obstetrics/gynecology. "Appropriate follow-up after an abnormal Pap/HPV test is also critical to be able to find and treat early precancer and cancers quickly and easily." Learn more about HPV vaccination. 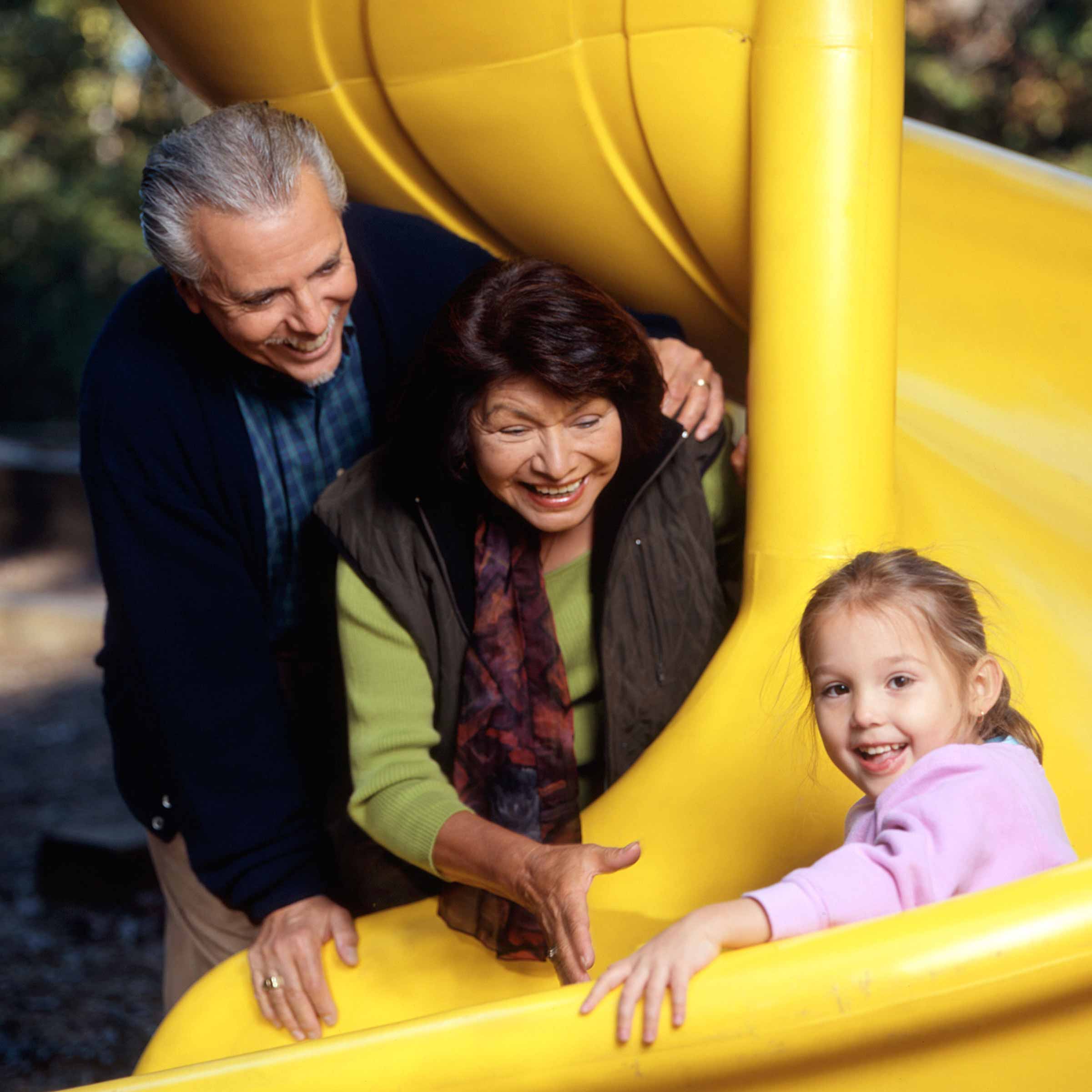 If all adults 50 or older were screened for colon cancer as recommended, the death rate from this disease would be cut in half, according to the ACS. People with a family history of colon cancer or personal history of polyps are considered high risk, and should be screened at a younger age and more frequently. Most people have heard of the colonoscopy, in which a thin tube with a camera is inserted into the rectum and colon to look for polyps and other abnormalities. However, several non-invasive screening options now exist, including virtual colonoscopy and stool sample tests, such as Fecal Occult Blood Testing (FOBT) or Fecal Immunochemical Test (FIT). Talk to your doctor to determine which option is right for you. Cook County CARES, a program through the Comprehensive Cancer Center's Office of Community Engagement and Cancer Disparities, aims to establish a multilevel, multifaceted framework to increase colorectal cancer screening, prevention and control among Asian Americans, Hispanics and African Americans in Cook County. The project is aligned with the National Colorectal Cancer Roundtable's goal to achieve a screening rate of 80% by the year 2018.

According to the ACS, more people die from lung cancer every year than colon, breast and prostate cancers combined. The only recommended screening test for lung cancer is a low-dose computed tomography (CT) scan, a type of x-ray that provides detailed pictures of the lungs. Yearly screening is recommended for people who have a history of heavy smoking, smoke now or have quit within the last 15 years, and are between 55 and 80 years old. The scan is quick, painless and non-invasive. The University of Chicago Medicine's multidisciplinary lung cancer prevention and treatment team offers lung cancer screening to eligible individuals. Learn if you are eligible for lung cancer screening.

More than 750,000 people are diagnosed with liver cancer across the globe each year, according to the CDC. Worldwide, the most significant risk factor for liver cancer is chronic infection with hepatitis B virus (HBV) and hepatitis C virus (HCV). People at high risk should be tested for these infections and monitored for liver disease. The CDC recommends that all children, and at-risk adults, are vaccinated against HBV. While there is no vaccine for HCV, infection can be prevented by not sharing contaminated needles and by using safe sex practices. In addition, heavy alcohol use, which can lead to cirrhosis of the liver, is also associated with liver cancer. The Center for Liver Diseases at the University of Chicago Medicine works with patients to reduce their cancer risk from these behavioral risk factors and others. View a complete list of resources for cancer patients.

Researchers identify gene that contributes to secondary cancers
Doctors can see prostate cancer anywhere in the body with PSMA PET Imaging
Breast density notification laws: Do biopsies and other supplementary tests lead to better outcomes?
‘I was going to thrive’: After breast cancer, Bronzeville woman triumphs as a bodybuilder
Can large colon polyps be removed without surgery?
Head and Neck Cancer Treatment: Expert Q&A
Understanding health risks for childhood cancer survivors
Are childhood cancers different? Understanding the immune response to tumors in pediatric neuroblastoma
Stress and stomach pain: When should you see a specialist?