What soot-covered, 100-year-old birds can tell us about saving the environment

Horned Larks collected in Illinois between 1904 and 1916 (left) and California and British Columbia between 1903 and 1922 (right). (Photo: Carl Fuldner and Shane DuBay).

Horned Larks are cute songbirds with white bellies and yellow chins—at least, now they are. One hundred years ago, at the height of urban smoke pollution in the United States, their pale feathers were stained dark gray by soot in the atmosphere.

A new paper in the Proceedings of the National Academy of Sciences shows that the discoloration of these birds in museum collections can be used to trace the amount of black carbon in the air over time and measure the effects of environmental policy on pollution.

"The soot on these birds' feathers allowed us to trace the amount of black carbon in the air over time," said study author Shane DuBay, a graduate student in the Committee on Evolutionary Biology at the University of Chicago and The Field Museum. "We found that the air at the turn of the century was even more polluted than scientists previously thought.

DuBay and study co-author Carl Fuldner, a graduate student in the Department of Art History at UChicago, analyzed more than a thousand birds collected over the last 135 years to determine and quantify the effects of soot in the air over cities in the Rust Belt.

"If you look at Chicago today, the skies are blue. But when you look at pictures of Beijing and Dehli, you get a sense for what U.S. cities like Chicago and Pittsburgh were once like," DuBay said. "Using museum collections, we were able to reconstruct that history."

Ornithologists at The Field Museum have long known that bird specimens in the collection from the early 1900s were visibly darker than expected, and atmospheric soot was the suspect.

"When you touch these birds, you get traces of soot on your hands. We'd wear white gloves while handling them, and the gloves would come away stained, like when you get ink on your fingertips reading a newspaper," DuBay said, because the soot in the air clung to the birds like dust to a feather duster. "These birds were acting as air filters moving through the environment."

Birds were also ideal candidates for the study because they molted and grew new sets of feathers every year, meaning that the soot on them had been accumulating only for the past year when they were collected. And there was an apparent trend: old birds were dirtier, and new birds were cleaner.

To measure the changes in sootiness over the years, the pair of researchers turned to a novel approach: photographing the birds and measuring the light reflected off of them. Fuldner, a photo historian who focuses on images of the environment, worked with DuBay to develop a method for analyzing the birds using photography.

The birds photographed for the study, numbering over a thousand, were all from five species that bred in the Manufacturing Belt and have lots of white feathers that show off soot. The images, depicting the contrast between the soiled gray birds and the clean white ones, are dramatic.

"The photographs give the project a visceral dimension-you make a connection to the images," Fuldner said.

The two researchers plotted the amount of light bouncing off the feathers according to the year the birds were collected. To make sense of their findings, they then delved into the social history of urban air pollution.

"The changes in the birds reflect efforts, first at the city level but eventually growing into a national movement, to address the smoke problem," Fuldner said. "We are actually able to go back and see how effective certain policy approaches were."

"We were surprised by the precision we were able to achieve," DuBay said. "The soot on the birds closely tracks the use of coal over time. During the Great Depression, there's a sharp drop in black carbon on the birds because coal consumption dropped—once we saw that, it clicked."

The amount of soot on the birds rebounded around World War II, when wartime manufacturing drove up coal use. Then it dropped off quickly after the war, around when people in the Rust Belt began heating their homes with natural gas piped in from the West rather than with coal.

"The fact that the more recent birds are cleaner doesn't mean we're in the clear," DuBay said. "While the U.S. releases far less black carbon into the atmosphere than we used to, we continue to pump less-conspicuous pollutants into our atmosphere—those pollutants just aren't as visible as soot. Plus, many people around the world still experience soot-choked air in their cities." 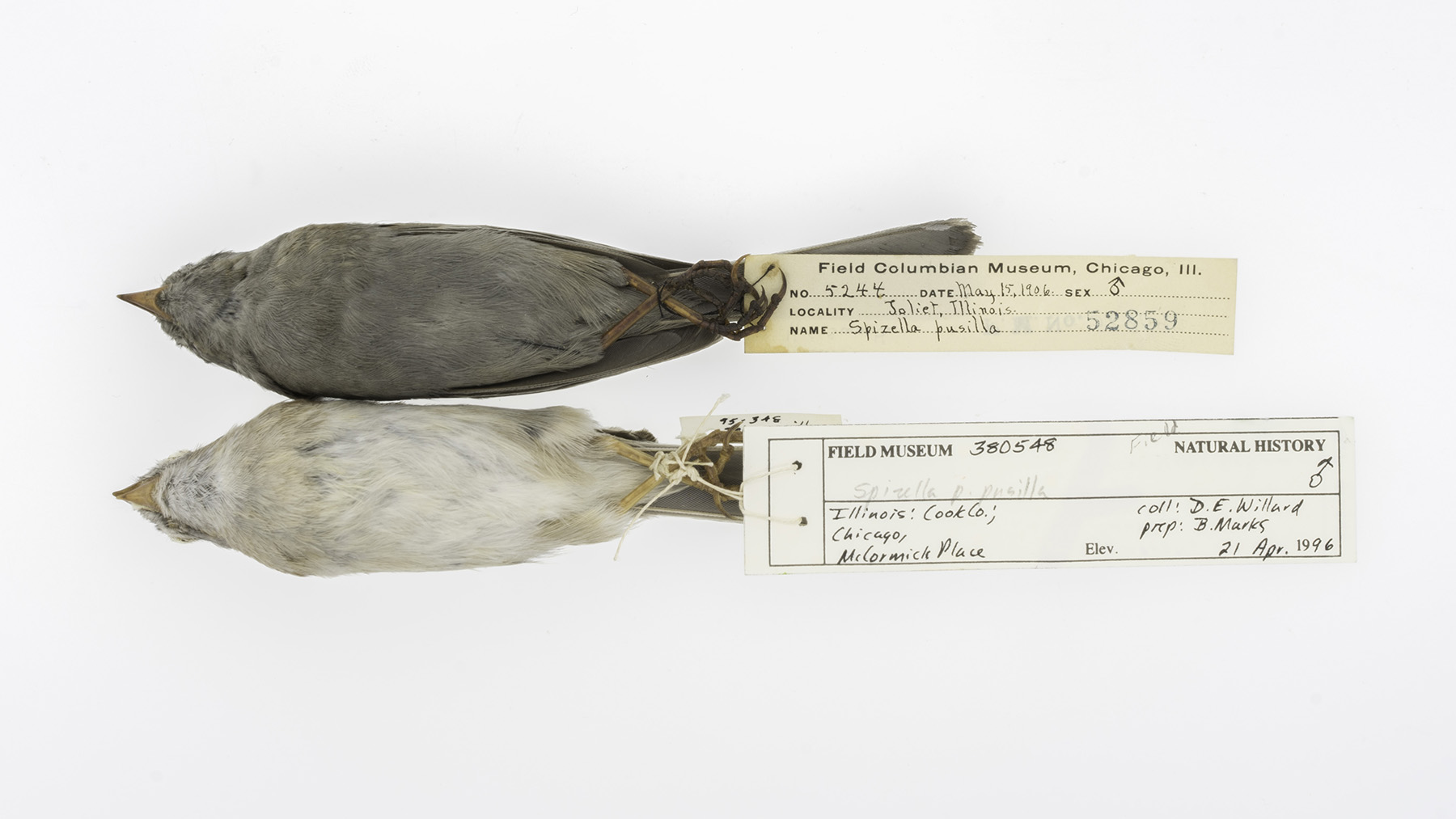 Filling in a blank space in the historical record

DuBay and Fuldner initially teamed up through a Graduate Collaboration Grant from the Arts, Science + Culture Initiative at UChicago, which encourages independent trans-disciplinary research between students in the arts and sciences. Both said that being able to apply their research beyond their respective fields of evolutionary biology and photographic history was both unexpected and rewarding.

"As a historian, one of the questions I always ask is, 'What is the point of this research to the way we live now?' In this case the answer quickly became clear," Fuldner said. "Filling in a blank space in the historical record of something as large as air pollution in American cities, and being able to share that with atmospheric scientists who study the effects of black carbon on the climate, is extraordinary."

"This study shows a tipping point when we moved away from burning dirty coal, and today, we're at a similar pivotal moment with fossil fuels," DuBay said. "In the middle of the 20th century, we made an investment in infrastructure and regulated fuel sources—hopefully, we can take that lesson and make a similar transition now to more sustainable, renewable energy sources that are more efficient and less harmful to our environment."

DuBay notes that in addition to the environmental implications of the project, their work also shows the importance of museum collections like those they used from The Field Museum in Chicago, the Carnegie Museum of Natural History in Pittsburgh, and the University of Michigan Museum of Zoology in Ann Arbor.

"I hope this study exposes collections as a valuable resource to address present day environmental concerns," he said. "This paper shows the ways that natural history collections can be used, underlining the value in collections and in continuing to build collections, to help us improve our understanding of human impacts on the natural world."

Additional reporting by Kate Golembiewski at The Field Museum