Tristychius had a circular mouth pushed forward at the end of its muzzle like a modern-day nurse shark. Its ability to control this opening provided it with access to previously untapped food resources, such as prey taking refuge in shallow burrows or otherwise difficult to capture schools of shrimp or juvenile fish. (Credit: Kristen Tietjen, UChicago)

Researchers from the University of Chicago have used tools developed to explore 3D movements and mechanics of modern-day fish jaws to analyze a fossil fish for the first time. Combined with CT imaging technology able to capture images of the fossil while it is still encased in rock, the results reveal that the 335-million-year-old shark had sophisticated jaws capable of the kind of suction feeding common to bony fishes like bass, perch, carp and also modern-day nurse sharks.

Remarkably, these ancient shark jaws are some 50 million years older than the earliest evidence of similar jaws adapted for suction feeding in bony fishes. This shows both the evolutionary versatility of sharks, and how sharks responded quickly to new ecological opportunities in the aftermath of one of the five big extinctions in Earth’s history.

“Among today’s aquatic vertebrates, suction feeding is widespread, and is often cited as a key factor contributing to the spectacular evolutionary success of ray-finned fishes,” said Michael Coates, PhD, professor of organismal biology and anatomy at the University of Chicago and senior author of the new study. “But here we show that high-performance aquatic suction feeding first appeared in one of the earliest known sharks.”

A complete construction kit to rebuild a shark

The study, published this week in Science Advances, describes the fossil of Tristychius arcuatus, a 2-foot long shark similar to a dogfish. It was first discovered by Swiss biologist Louis Agassiz in 1837, and later described in detail by John Dick, a former classmate of Coates’, in 1978. Tristychius, and other Devonian period sharks like it, are found in ironstone rock nodules along the shores of the Firth of Forth near Edinburgh, Scotland.

Shark fossils are rare because their cartilage skeleton usually rots away before there's any chance of fossilization. For decades, researchers studying ancient sharks have been limited to isolated teeth and fin spines. Even if they do find a more complete skeleton, it's usually flattened, or, if it’s encased in one of these stones, it crumbles when they try to remove it.

Coates and his lab have been leading the field in applying modern imaging technology and software to study these challenging fossils. CT scanning allows them to create 3D images of any fossilized cartilage and the impressions it left while still encased in the stone. Then, using sophisticated modeling software originally developed to study structure and function in modern-day fish, they can recreate what the complete skeleton looked like, how the pieces fit together and moved, and what that meant for how these sharks lived.

His team started reexamining some of the same fossils Dick studied, as well as specimens left untouched in earlier research. “Some of this is superbly preserved,” Coates said. “We realized that when we got all the parts out [virtually], we had the complete construction kit to rebuild our shark in 3D.”

That virtual construction kit also allowed them to create 3D plastic printouts of the cartilages that build a shark’s skull. These, in turn, allowed Coates and his team to model movements and connections, both physically and virtually, to see how the skull worked.

Fish that use suction feeding essentially suck water in through their mouths to catch elusive prey, such as worms, crustaceans and other invertebrates from the ocean floor. To do so, they have to draw water in when they open their mouth, but not force it back out when they close it.

Suction feeders overcome these challenging physics by funneling the water back out through their gills. The amount of suction they create can be enhanced by flexible arches and joints that expand the cheeks and the volume inside the mouth to draw the water through (imagine the feeling when you hold your hands together underwater and slowly pull your palms apart).

Today’s fish have perfected this process, but Tristychius had a similar feeding apparatus that could expand as it opened and closed its mouth to control the flow of water (and food). Crucially, this included a set of cartilages around the mouth that limited the size of the opening to control the amount of suction. The circular mouth was pushed forward at the end of its muzzle like a modern-day carpet shark or nurse shark, not a gaping, toothy maw like a great white.

When Tristychius opened its jaws, it was able to create suction and draw water into its mouth and back out through its gills, bringing its food with it. (Video: Kristen Tietjen, UChicago)

While other sharks at the time did have the more typical snapping jaws, the combination of expanding cheeks and a carefully controlled mouth aperture provided Tristychiuswith access to previously untapped food resources, such as prey taking refuge in shallow burrows or otherwise difficult-to-capture schools of shrimp or juvenile fish, around 50 million years before bony fish caught on to the same technique.

“The combination of both physical and computational models has allowed us to explore the biomechanics in a Paleozoic shark in a way that’s never been done before,” Coates said. “These particular sharks were doing something sophisticated and new. Here we have the earliest evidence of this key innovation that's been so important for multiple groups of fishes and has evolved repeatedly.”

The study, "High-performance suction feeding in an early elasmobranch," was supported by the National Science Foundation. Additional authors for the study include Kristen Tietjen from the University of Chicago, Aaron M. Olsen from Brown University, and John A. Finarelli from University College Dublin, Ireland.

Michael Coates, PhD, is a professor of organismal biology and anatomy and Chair of the Committee on Evolutionary Biology. His research is interested in vertebrate evolution, especially the origins of ray-finned fishes, the ancient relatives of the vast majority of fishes swimming the seas today. 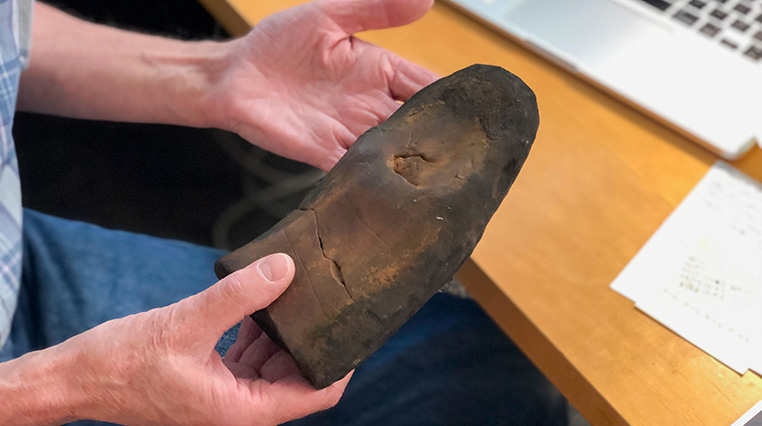 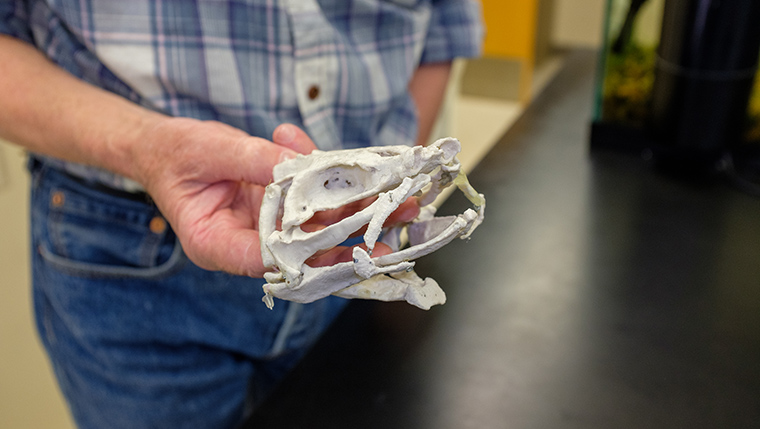 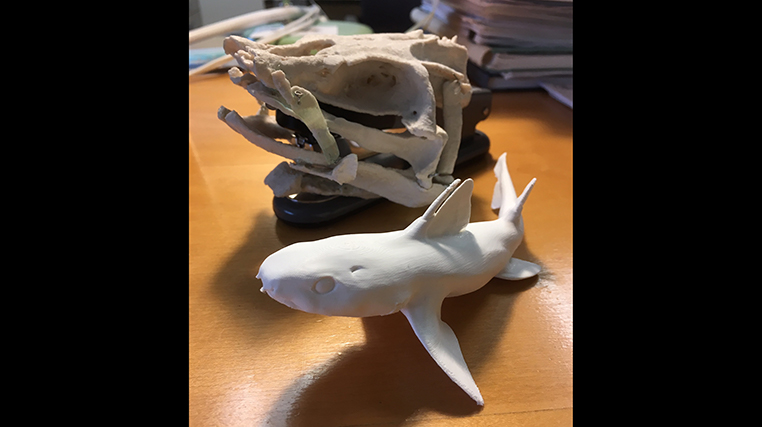