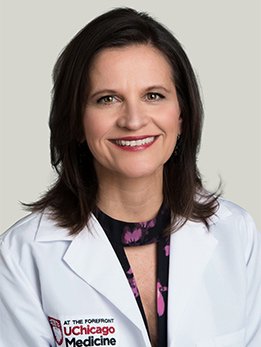 Professor of Obstetrics and Gynecology Chief, Section of Gynecology and Reconstructive Pelvic Surgery
Vice Chair for Faculty Development and Promotions

Dr. Sandra Valaitis is an expert in treating women with pelvic organ prolapse, urinary incontinence, and other disorders of the urogenital system. Her areas of interest include suburethral slings, complex reconstructive pelvic surgery, robotic surgery, repair of genitourinary fistulae, and the treatments of mesh complications and erosion. She is a member of the interdisciplinary care team in the Center for Pelvic Health.

In addition to her clinical work, Dr. Valaitis has lectured nationally and internationally to faculty, fellows, residents, medical students, nursing staff, and community audiences. She is the recipient of several awards for leadership and teaching excellence. Dr. Valaitis has been named a "Top Doctor" in women’s health by Chicago magazine annually since 2011.