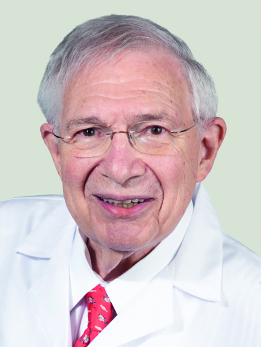 Mark Siegler, MD, is the Lindy Bergman Distinguished Service Professor of Medicine, the director of the MacLean Center for Clinical Medical Ethics, and the executive director of the Bucksbaum Institute for Clinical Excellence. A respected physician, specializing in internal medicine, Dr. Siegler is internationally known for his work in the field of clinical medical ethics, a field he created and named in 1974. In 1984, the University of Chicago established the MacLean Center for Clinical Medical Ethics, which quickly became the largest program in clinical ethics in the world. More than 450 physicians and other health professionals have trained at the MacLean Center, many of whom now direct ethics programs in the United States, Canada, Europe, Australia, Africa and China.

Dr. Siegler’s seminal 1981 paper on "A Proposal for a Model of the Doctor Patient Encounter" was cited extensively by the 1982 President’s Commission as the basis for recommending a shared decision-making approach for doctors and patients, an approach which has now become the standard model for the doctor-patient relationship in the U.S.

Dr. Siegler, whose research interests include the ethics of the doctor-patient relationship, living–donor organ transplantation, end-of-life care, ethics consultation and medical decision-making, has published more than 200 journal articles, 50 book chapters and six books. His textbook "Clinical Ethics: A Practical Approach to Ethical Decisions in Clinical Medicine," co-authored with Albert Jonsen and William Winslade, is now in its 8th edition, has been translated into nine languages, and is widely used by physicians and health professionals around the world. His most recent book “Clinical Medical Ethics: Landmark Works of Mark Siegler, MD,” was published by Springer in 2017.