Book your appointment with UChicago Medicine online anytime, even after the office is closed.

Learn more about the physicians and researchers who deliver outstanding patient care while working to discover new treatments for digestive diseases.

What is Ulcerative Colitis?

Because a healthy rectum is there to stretch and to store, as well as to squeeze and to sense. So when you have inflammation of your rectum, you can't sense what's there and what's going to come out, you feel this sense of urgency, the rectum doesn't stretch properly, so it can't store. So everything that comes into it may make you feel like you have to go to the bathroom.

People with ulcerative colitis that's active they have many trips to the toilet, but actually very little might come out for most of those, or they may just see mucus or blood. So this can be very, very uncomfortable to them. There's also a condition or a symptom called tenesmus, where people feel pressure on their bottom, and that's also related to the inflamed rectum.

Some people who have ulcerative colitis that involves just the bottom of their large intestine will also feel paradoxically constipated. They'll feel bloated and a lot of gas, and they'll think, why am I constipated yet running to the toilet? And the reality is, that's because the bowel above the inflammation is working just fine. But when things get to the inflamed area, they're not stretching and working the way they're supposed to. So things get backed up on these patients.

When we treat ulcerative colitis, we often start with medicines that work on the lining of the bowel in an effective way. But not only using oral therapy, we also recognize that in order to make people feel better the fastest, we often need to use rectal therapy. That means a suppository or an enema.

Now patients don't like using those. Sometimes we actually try to use a foam that might be a little easier on their bottom. But the reality is that if you get the medicine right where that inflammation is, you're going to have the patient respond better to therapy, and people feel better faster. So short term, that's a reasonable approach to doing this.

Some people with ulcerative colitis have what are called extra intestinal manifestations. That means they may have other organ systems that give them problems. The most common extra intestinal manifestation is joint pain. The most common type of joint pain is symmetrical, meaning it's on both sides of the body, and the smaller joints. And specifically related to the active inflammation of the bowel.

In other words, when you treat the bowel inflammation, the joint pain gets better. There are other extra intestinal manifestations people with ulcerative colitis might have, including skin inflammation, or even liver inflammation. But that's less common.

When people have ulcerative colitis and it's long standing, meaning more than 8 or 10 or 20 years, there is a slightly increased risk for them to develop pre-cancerous changes of the bowel. Fortunately, we think that this is on the decline, in part due to effective medicines, but also in part due to a prevention strategy we have, where we do colonoscopies after you've had disease for eight years or so, and we look for pre-cancerous changes.

Pre-cancerous changes in people without colitis are called polyps, and they're easy to find and remove. In people with ulcerative colitis, they might also have polyps, but they might also have some pre-cancerous changes just in the lining of the bowel that's flat. And we need to look very carefully for that. Nonetheless, our technologies have improved dramatically. And we can often find this and work well with our patients to remove them and to know who's at higher risk.

Another important component of understanding this is that the risk of developing pre-cancerous changes is directly related to how much inflammation there's been in the bowel over time. So it really behooves us to get your disease under control, and for patients to be taking their therapy, and to stay well.

Living with active symptoms, even if you're able to manage that, is not acceptable, because it puts you at risk for these problems later. And there really are effective treatments that we can offer most patients, and thankfully work in most patients. The expectation for treating your ulcerative colitis is not only that you're in remission, where you have formed stools without blood, without urgency, that you sleep through the night without bowel movements, and you can sense or distinguish whether you're going to pass gas or something else.

But also that we maintain that remission forever. That's our goal. We want you to stay well, and we want to figure out the best way to do that so that you can stay healthy and live a very high quality of life with this condition.

I hope you found this video helpful.

Most symptoms are related to the inflamed rectum. The inflammation does not allow the rectum to stretch or store properly. This affects a patient's ability to sense what is in the rectum, making them feel the urgency to use the bathroom more often. Very little stool will pass during these many trips to the bathroom — sometimes just mucus and blood.

When inflammation spreads to the lower part of the intestine, people can feel paradoxically constipated. The reason for this is that the bowel above the inflammation is working fine, but when it gets to the inflamed area, it can't stretch like it is supposed to. That can cause an internal back up, causing bloating and gas.

Read about how we diagnose inflammatory bowel disease (IBD)

Although we don't know its cause, we do know a lot about how to treat ulcerative colitis. Our goal for treatment is to get patients into remission and keep them in remission forever, allowing our patients to have a very high quality life.

Ulcerative colitis inflammation is confined to the lining — or mucosa — of the large intestine. Treatment starts with medicines that treat this lining. We recommend rectal therapy in addition to oral therapy to help the medicine start working quickly. This requires a suppository, enema or foam, but will help patients feel better faster.

People who have long standing ulcerative colitis have a slightly increased risk of developing precancerous changes in the bowel. For these patients, we start doing colonoscopies after eight years to check for changes. Fortunately, advances in our technology continue to make it easier to discover and remove any abnormalities. Risk of precancerous changes is directly related to the amount of inflammation occurring in the bowel over time. Correctly diagnosing, treating and preventing ulcerative colitis is very important to reducing the risk of these complications later on.

Destination UChicago is a new program providing concierge services for patients traveling from beyond our service areas. To access care or refer a patient to the program, call 773-702-0525 or email DestinationUChicago@uchospitals.edu.

Learn more about the program

The information you provide will enable us to assist you as efficiently as possible. A representative will contact you within one to two business days to help you schedule an appointment.
Please note this electronic request form is not for same- or next-day appointments. If you prefer to speak to someone directly, please call 1-888-824-0200. If you have symptoms of an urgent nature, please call your doctor or go to the emergency room immediately.

In 1978, ulcerative colitis disrupted Tom Dabertin’s active lifestyle. Throughout his four decades of care at UChicago Medicine, Tom not only found relief, but created a festival dedicated to foods he couldn't eat prior to treatment.

Abbie Perkovich had been sidelined by inflammatory bowel disease. Her medications were no longer keeping the disease under control. Doctors thought her best option was to have her colon (large intestine) surgically removed — a process that requires several major operations. 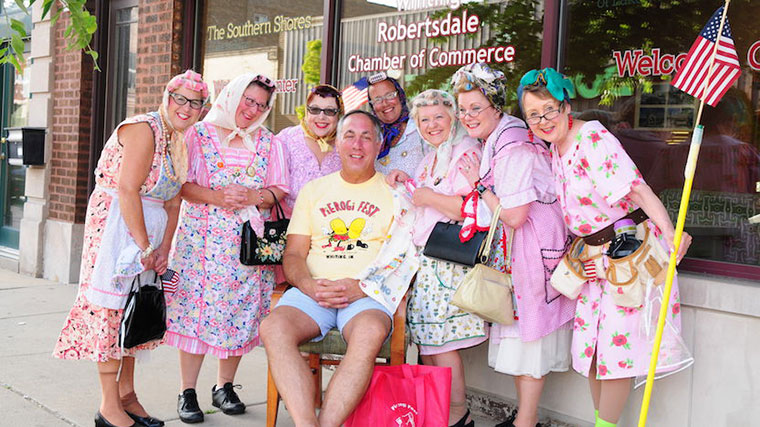 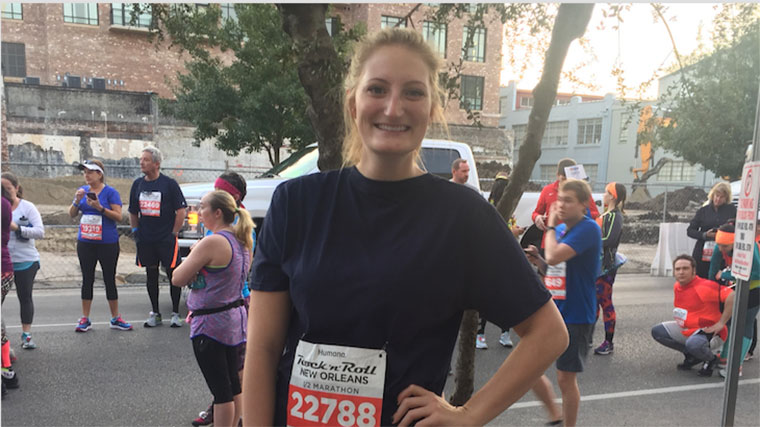 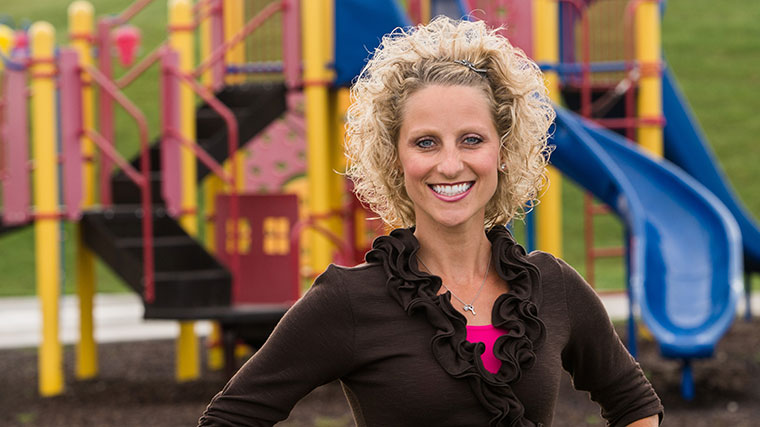